Our seasoned lawyers have decades of collective experience fighting for people injured by large corporations and their defective and dangerous products.

Our lawyers aggressively prosecute corporations whose products injure people. We efficiently and effectively prosecute complex cases from their inception and investigation through trial. With tenacity and experience, we seek maximum recovery for each client. 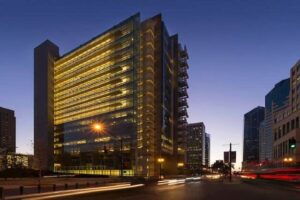 Doyle APC believes in being readily available to clients and responding quickly to their needs and concerns. Our clients are kept informed about their legal matters, from beginning to end. And we take pride in sharing our knowledge and expertise, so the client is always aware of what’s going on in their case.

We offer free, confidential consultations to all potential new clients. If we accept your case, you pay nothing unless we are successful.

We handle all matters on a contingency fee basis, where Doyle APC bears the burden of advancing all costs, expenses, and the risk of losing. We are paid only when we achieve a successful result.

We are headquartered in San Diego, California, and prosecute cases throughout the United States. And we regularly refer potential clients to attorneys experienced in other legal matters.

The firm’s senior attorneys have worked on some of the largest, high-profile class action and mass injury lawsuits in the United States. Our work has collectively helped to recover billions of dollars on behalf of those injured by corporations.

William Doyle is the founder and President of Doyle APC and is licensed to practice law in California and Washington. Since 1998 Mr. Doyle has focused on representing individuals in class action and mass injury litigation involving defective products, securities fraud, consumer fraud, internet privacy, prescription drugs, and defective medical devices.

Mr. Doyle graduated from the University of San Diego with an undergraduate degree in economics. Mr. Doyle earned his law degree in 1996 from the California Western School of Law.

Mr. Doyle is admitted to practice in state and federal courts throughout California and Washington, District of Columbia, and the United States Court of Appeals for the First, Second, and Ninth Circuits.

Chris Cantrell has been practicing law since 2003 and is licensed to practice in California and Alabama. The entirety of his career has focused on representing consumers in mass torts and consumer class actions.

Mr. Cantrell has also worked on several antitrust matters, including In re: Pharmacy Benefit Managers Antitrust Litig., (MDL 1782 E.D. Pa) and In re: Platinum and Palladium Litigation (S.D. N.Y.) where Mr. Cantrell’s firm represented a class of platinum and palladium investors who suffered losses due to an alleged conspiracy between MF Global and one of the country’s largest hedge funds to artificially inflate the prices of investment-grade platinum and palladium by engaging in fraudulent trading in the final moments of the NYMEX trading day, also commonly called “banging the close.” Mr. Cantrell’s firm secured a settlement that resulted in investors recovering more than 100% of their losses.

Mr. Cantrell has represented consumers in other class actions against Apple, Inc., Samsung Electronics, and LG Electronics, among others. Mr. Cantrell also represented numerous individuals and families who lost homes, personal property, and businesses in the 2007 San Diego County wildfires.

Mr. Cantrell is admitted to practice in state and federal courts throughout California and Alabama, including the U.S. District Courts for the Northern, Eastern, Central, and Southern Districts of California, as well as the Northern, Middle, and Southern Districts of Alabama. Mr. Cantrell is also admitted to practice before the United States Court of Appeals for the Tenth and Eleventh Circuits and the United States Court of Federal Claims.

If you have questions about Doyle APC, please use our contact form.